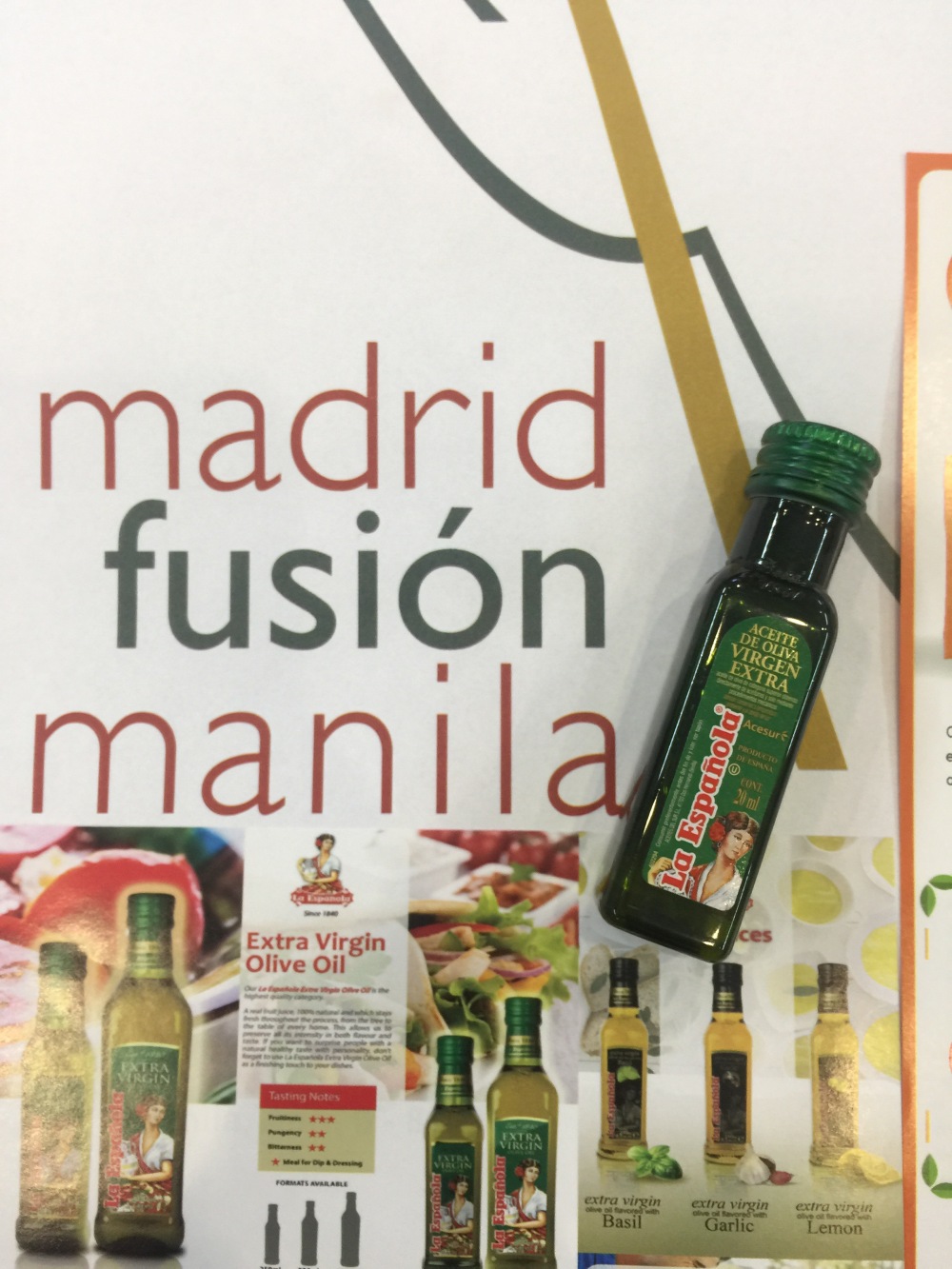 I had the pleasure of being invited to the recently-concluded Madrid Fusion Manila courtesy of La Espanola Olive Oil.

Considered to be the oldest olive oil company in Spain, La Espanola prides itself for having the widest collection of olive oils in the market.

As a health nut (or trying to be a health nut), I have always looked for ways to make the food that I eat tastier and healthier. One of these hacks is to use Extra Virgin Olive Oil for frying and as the perfect dressing for salads. I find that La Espanola has the bitter-sweet distinct taste that is not so common in other brands.

For Madrid Fusion Manila, La Espanola brought in Chef Xavier Btesh, the genius behind the kitchen of some of Manila’s hottest hotels and restaurants. A health aficionado, Chef Btesh showed clever ways to prepare a Medittarenean dish Tabouleh using San Remo Couscous, La Espanola Olive Oil and the choicest tomatoes, raisins and cucumber. As a fan of couscous, this was an immediate favorite. 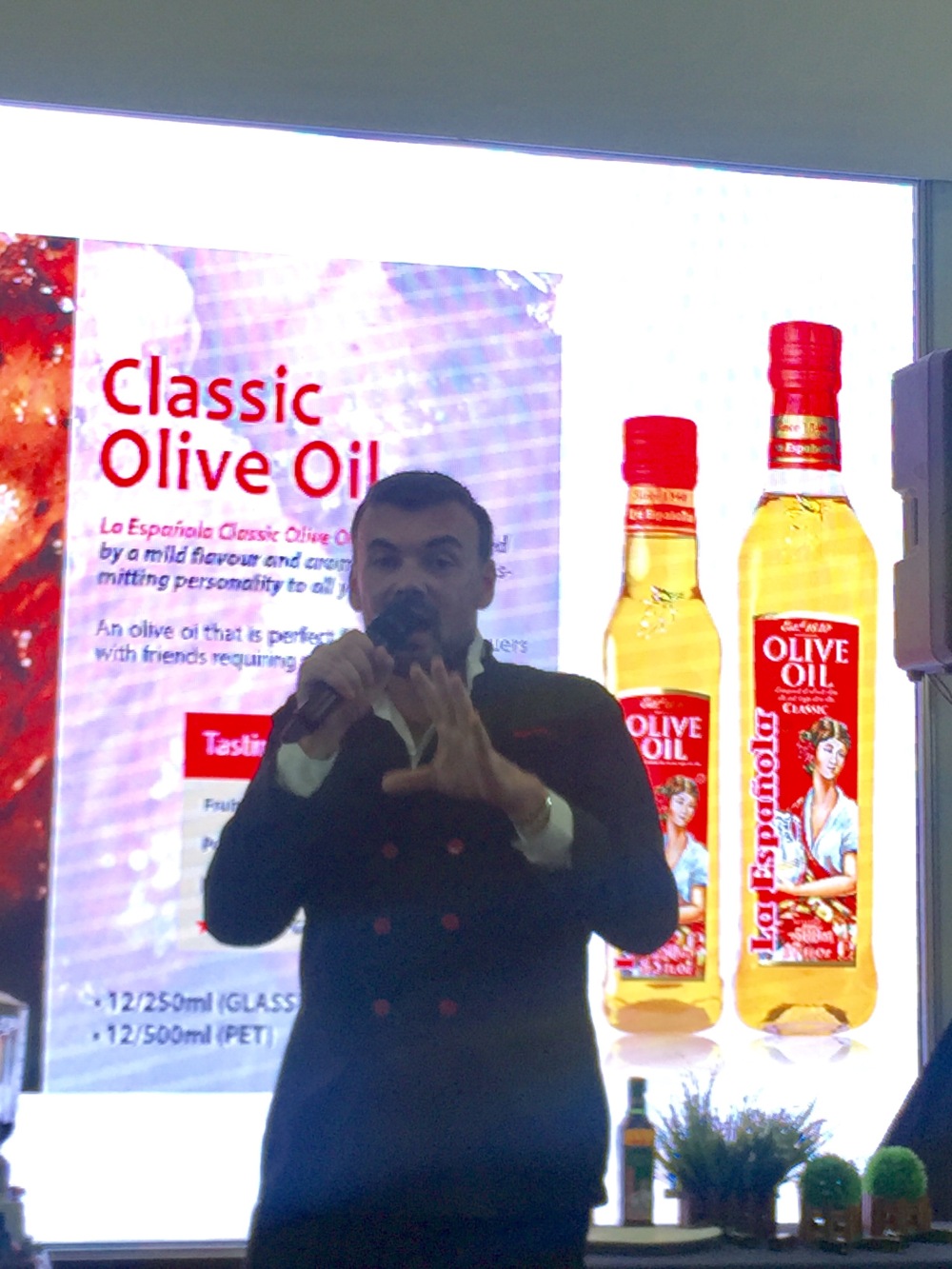 While the tried and tested way of preparing couscous is to soak it in hot water, Chef Btesh showed an alternative way using only olive oil and lemon juice.

Next in line is Chef Btesh’ homemade Mayo using only mustard and olive oil while the finale was the Olive Oil infused vanilla ice cream which was a hit among the media and guests present during the demo.

Using La Espanola olive oil made a lot of difference. For one, the flavors are more refreshing, heightening the freshness and taste of the individual ingredients. 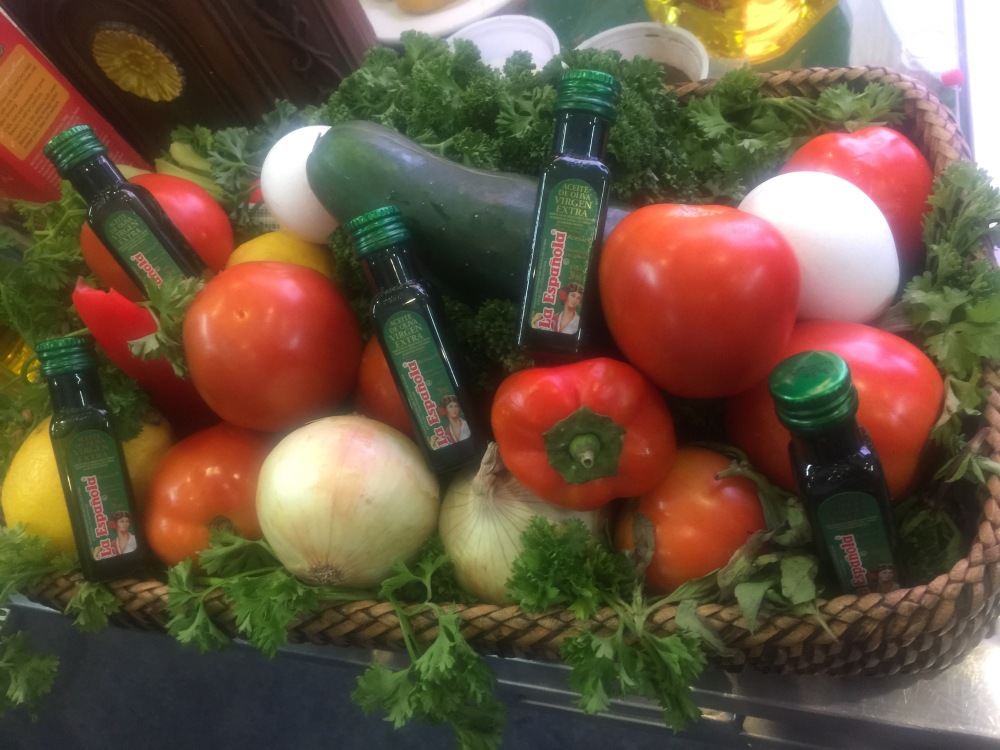