Geek girls and boys: If you ever found the girl or the guy who will brave a sweaty, antsy throng of likeminded souls just to attend ToyCon or ComiCon with you: do yourself a favor — MARRY THE GUY OR GIRL! (I got wise and married one!)

It takes a different kind of understanding, acceptance,  patience and love to fall in love with the nerdy kid in school.

Acceptance – because trying to relate to a girl whose life mission is to learn to speak Klingon or a guy who takes care of his BJD (ball-jointed doll) daughter and spends a fortune to buy her dresses and wigs is not easy. It will never be easy. Your friends may laugh at you; or your cousins will find him weird — but stick around. I assure you, we nerdy boys and girls have a vivid imagination and our creativity knows no bounds. So do not be surprised to receive poetry written in Elvish or a BDJ with a face-up similar to your feature.


Understanding – because there will be cancelled dates due to Friday Night Magic tournaments; cosplay photo shoots where you have to carry her enormous wings and fans boys/fan girls crushing on your hot nerd especially if he is wearing a passable “L” cosplay.

And a long supply of patience for days when they seem to prefer living in the alternate world which White Walkers seemed to inhibit.

Judging from the number of lovers and non-lovers prowling the crowded of ToyCon, seems to be that the geeky girls are alright. And with so many little geeks running around, dressed in full cosplay, I am assured that our future (and the quest for the geeks’ world domination) is assured 🙂

I have no idea what the total turn out for this year was — but I am sure that organizers must be having a field day for the influx of people which seemed to be never-ending. With lots of people coming out of Megatrade Hall carrying large bags of boxed toys, you would think that Christmas came early. Meanwhile, Cosplayers have occupied the surrounding areas near Megatrade as they are asked to pose and preen from a multitude of cameras in front:

If there’s one thing I wished I did when I was younger — it was to cosplay (costume play). Cosplaying allows you to pursue an identity that is different from yours, to inhibit a character that is entirely different from who you are. Seeing these guys and girls get on with the spirit of their characters is very entertaining and inspiring. Of course, my personal favorites are these guys:


In the end, I didn’t get to buy anything — well except for a Funko Harley Quinn key change. One, because I purposely did not bring enough to buy a large toy and second, because the sheer amount of sweaty bodies occupying the space jostling against each other deterred me and the hubby from lingering too long on one booth. I was able to take a lot of photos though: 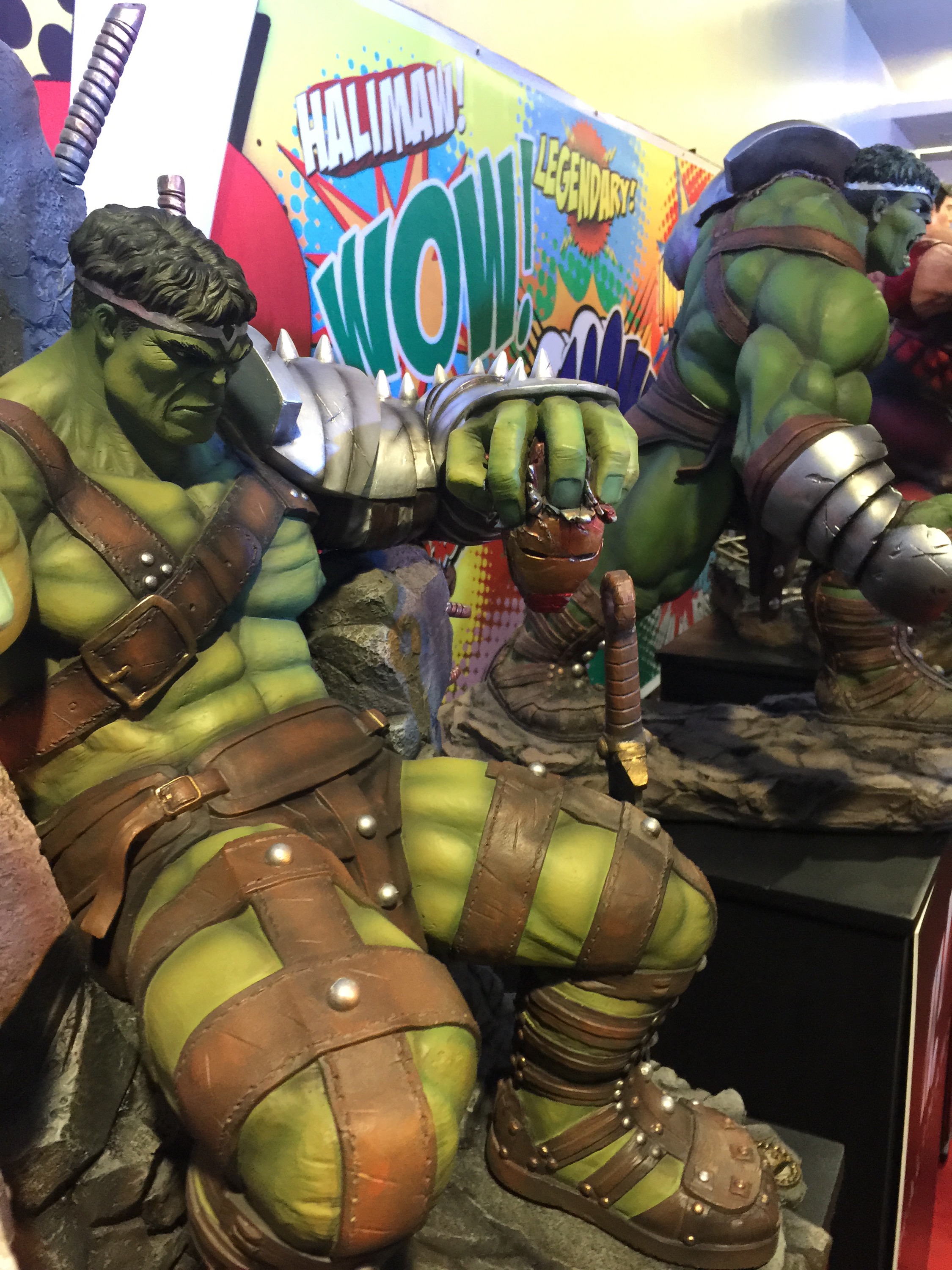 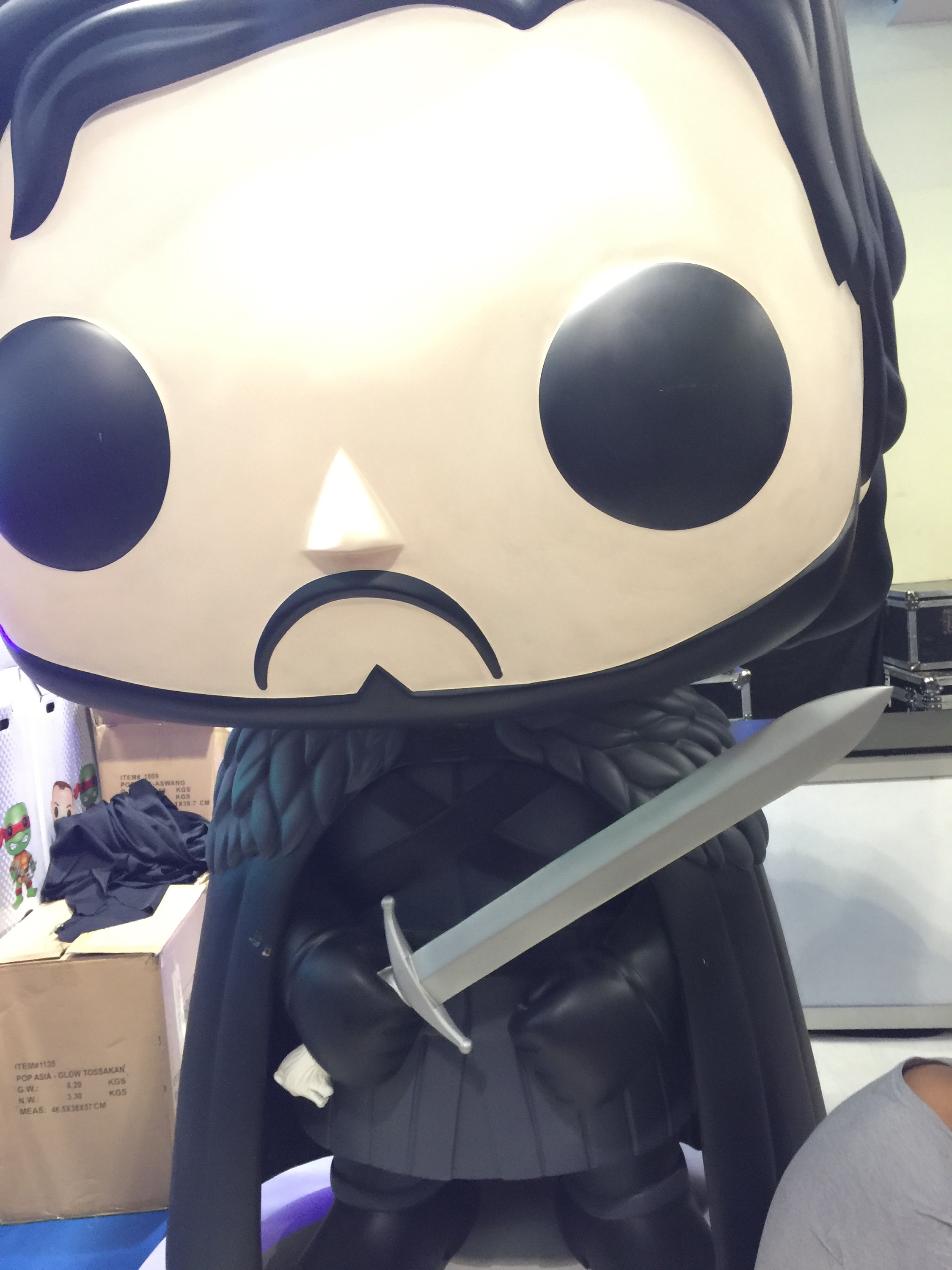 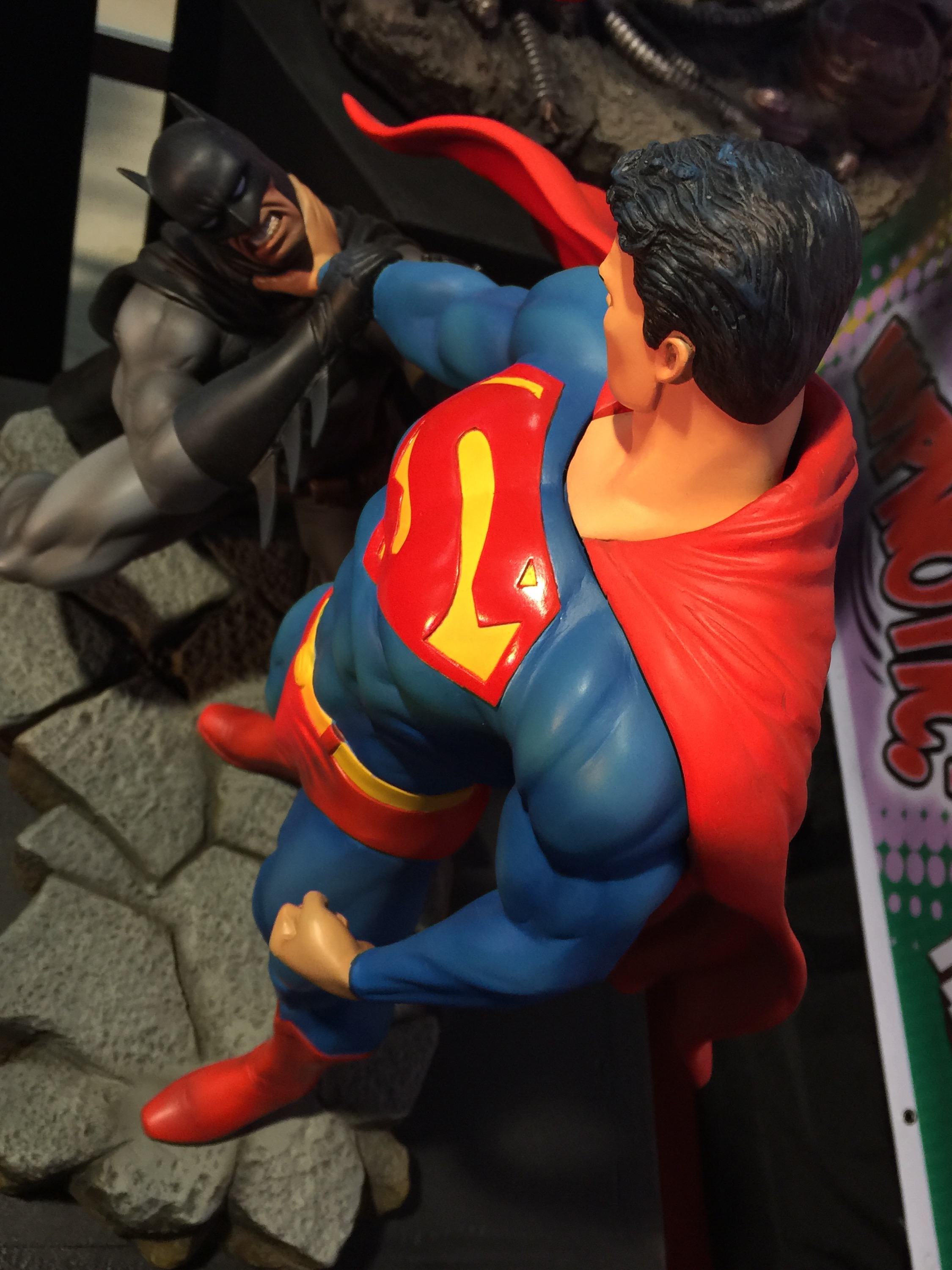 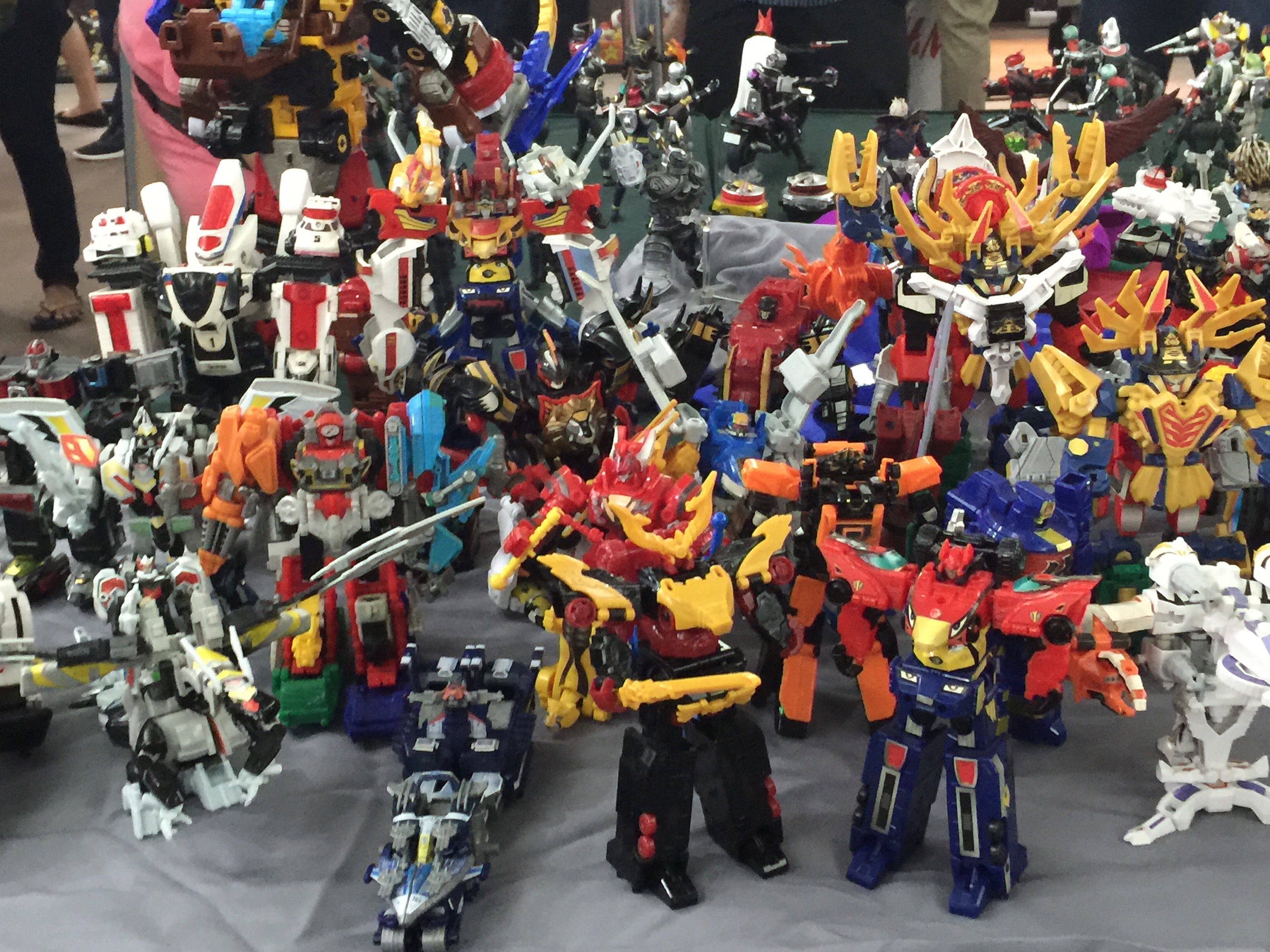 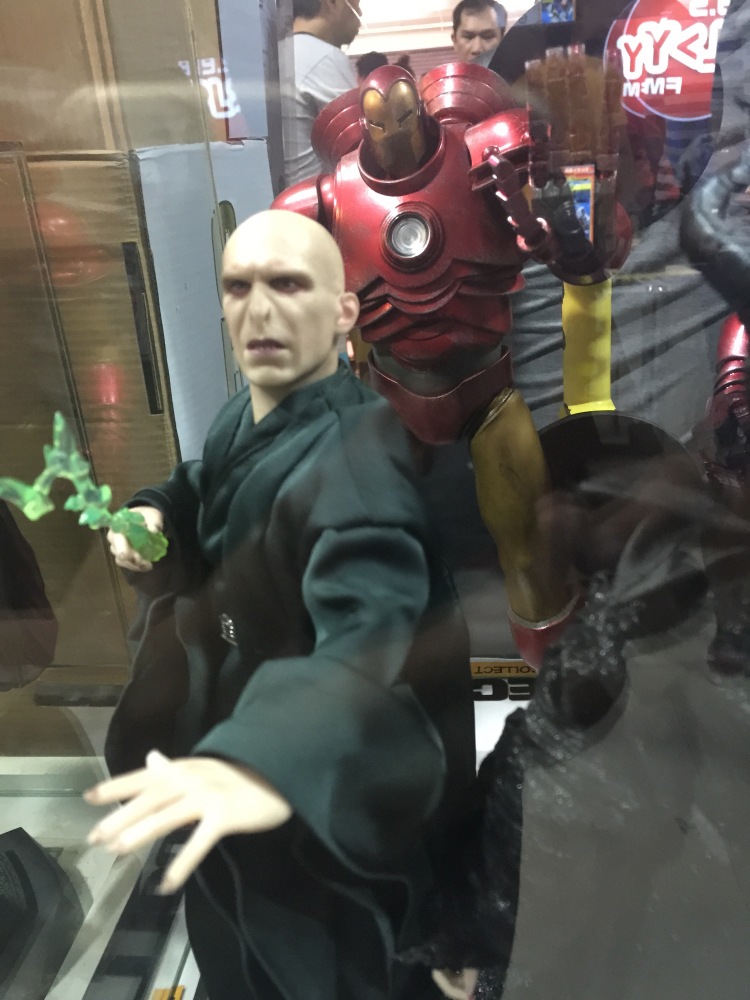 There’s a post-script to this story:

While we were jostling our way against the crowd, two high-pitched girls behind me were talking in their fake valley-girl twang:

Girl 1: wow so many beautiful people!

Girl 1: hmmmnnn… We need to start a new plague

Me (in my head): A curse of misery, death and dismemberment on both your valley-girl houses! Next time don’t bother coming inside this place!