You may have read here that Anderson Cooper is number 5 on my short list of drool-worthy men. 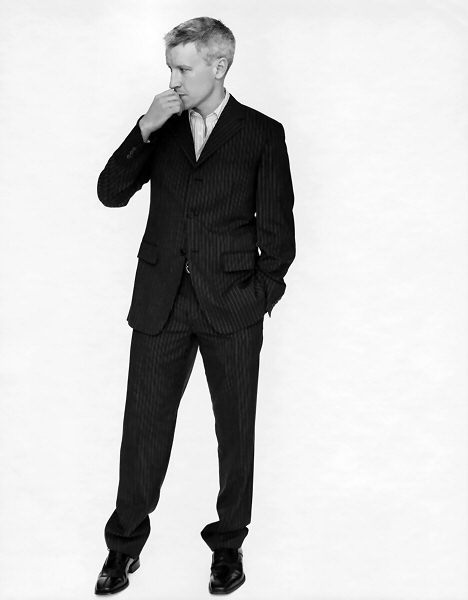 On the same post, I was also being a drama queen after reading Perez Hilton’s post that Cooper was allegedly adopting with his boyfriend. I was frothing on the mouth with the realization that my man-crush, the quintessential guy for me (intelligent, brave, good-looking, cultured, with good breeding) is gay. Not that it was wrong or anything (because it never was and never will be), it was just a testament that the really cool guys are often gay. Case in point: Sir Ian McKellen, Neil Patrick Harris, Matt Bommer, Jim Parsons, Zachary Quinto, George Takkei and now, Anderson Cooper — all of these guys are proud members of the gay community and their achievements are truly noteworthy and inspiring. Too bad for us girls that we’re not their type.

Now that Cooper officially confirmed his orientation thru a letter sent to The Daily Beast’s Andrew Sullivan, which Sullivan published in full here. With consent of course, from Cooper. Part of the letter read,

“The fact is, I’m gay, always have been, always will be, and I couldn’t be any more happy, comfortable with myself, and proud.

I have always been very open and honest about this part of my life with my friends, my family, and my colleagues. In a perfect world, I don’t think it’s anyone else’s business, but I do think there is value in standing up and being counted. I’m not an activist, but I am a human being and I don’t give that up by being a journalist.”

My man-crush said it best and succinctly — it was not anybody’s business. For that matter, save for his love-ones, family, close friends and colleagues, his orientation and his choices in life is his business. The fact that he opted to share the truth to us, the public, is his choice, his gift — but not his obligation. Being a reporter, he wanted to guard his privacy but also wanted to stand for something: truth, honesty — the same qualities that made him one of the best journalist in the world today.

I think we are getting there. As stated in the opening of Sullivan’s article, more and more public figures are coming out in the most matter-of-fact manner. There were no longer the “magazine scoop”, the “breaking news scandale”. I guess we are almost there.

Anderson Cooper, my man-crush, is gay. So…?

It does not make him any less. Never was and never will be.