Anti-social me got invited to attend the launch of Project Runway yesterday held at the luxurious, gilded, golden, utterly briiiiiiiiiiight Genting Club at Resorts World Manila. Why? Because God I am so fashionable Karl Lagerfield is on my speed dial.

Anyway, the TRUTH IS: the bosses had other plans and the lucky masses got the tickets. My friend and colleague A was going with me but wore to work an unfortunate combination of crumpled log-sleeved striped blouse and a zebra print flat shoes. With the usual boring slacks. The angry, misguided combination of her top and her shoes was giving me sore eyes, not to mention she was also panicking on the possibility of attending looking like that that we had to drag our asses to the nearest Bench (in Resorts World) to change tops. She has also managed to scrounge for wedged heels from her office drawers so all I had to do is find a suitable top that will highlight my friend’s amazing shoulders.

What can I say? I am sure Genting Club is a very wicked place but the fact that a fashion event is being held there lent further glamour to the place. 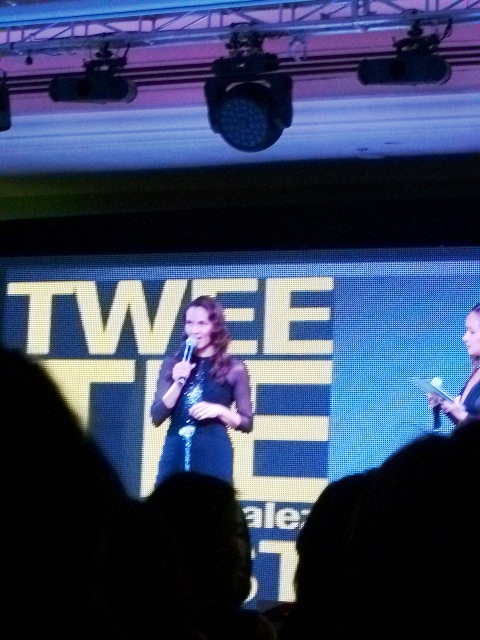 What can I say about this woman? There were a lot of ladies in that venue but Ms. Tweetie de Leon epitomed the word beauty and fashion. Tweetie and Apples Aberin (one of the judges) are such beauties that it’s even impossible to think that they were ones of the first supermodels in the Philippines way, way back yet they can give any pseudo twenty year old model a run for their money. I am not a fashion blogger, so I will never have the capability to discuss what they wore or the shoes on their feet — but I do know the words classy, elegant and beautiful and all these three were the perfect description for both ladies.

Completing the group are Rajo Laurel, also one of the judges and Mr.Joji Lloren who is simply hilarious as the local version of American fashion impresario Tim Gunn. Solar previewed the first episode of the latest season of Project Runway and it was interesting, engaging and actually really good. I credit the good editing of the material, plus the priceless one liners of Mr. Lloren who kept the audience in stitches (no pun intended). Following the preview of the first episode, the designers sashayed down the run way with their respective models in tow, wearing their first ever creations.

Okay — the bunch of amateur designers for this seasons looked like a really talented bunch. Coming from different provinces of the Philippines, and one even from the US, they seemed determined to make their mark and be the next face of Philippine fashion. And since this is a reality show, of course there are the drama and the usual cattiness present, as well as the really funny quips from some of the contestants.

If the first episode is any indication, I can assure you that this year’s Project Runway Philippines seemed like a worthy addition to your weekend pleasure watch.

Back to the first designs execute and these are my favorites, so far: 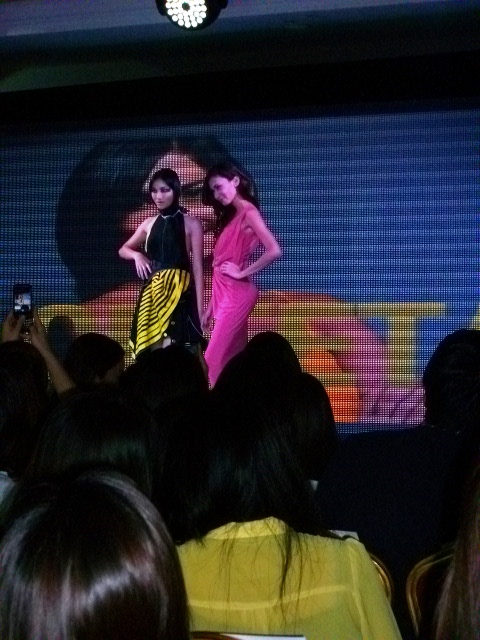 The show looks promising, be sure to catch it on Sunday, 25 March 2012 as it premieres in Manila’s ETC Channel.

Now that I have the facts and niceties out of the way, let’s talk about the annoying habit of some event attendees of claiming seats that do not belong to them. After the kind usher has showed us to our seats, we were surprised to see these group of people sitting in our area where they are obviously not an employee of our company. Even if it was obvious that they were sitting on our chairs, no one stood and instead every one feigned f*cking innocence. I mean, if you’ll gonna scale the summit of Manila’s elite, you should have some manners with you in order to get by. The girl nearest to our area feigned cluelessness by checking her phone twenty million times. The funny thing is, they were sitting there — sipping champagne or wine or whatever, fiddling with their Android phones, while wearing their OFFICE ATTIRE and a year’s worth of eye shadow and blush on, freaking sitting on another person’s seat!

We let them be. After all, it seemed to me that they took the effort to do their face and hair and the most we can do for them is provide them a nice seating where they can practice their mountaineering skills.

Also noticed how girls, especially the fashionable ones with obvious love-hate relationship with their hemlines, had a habit of appraising another girl’s outfit any given time. There were just too many rolling eyeballs and withering stare to even count. I actually passed time observing girls and their constantly rolling eyeballs, relieved that no one suffered eye strain.

Anyway, as expected — A and I stood out like two martians dropped in the middle of Manila’s freaking elite.

One thought on “Fashionable Manila”