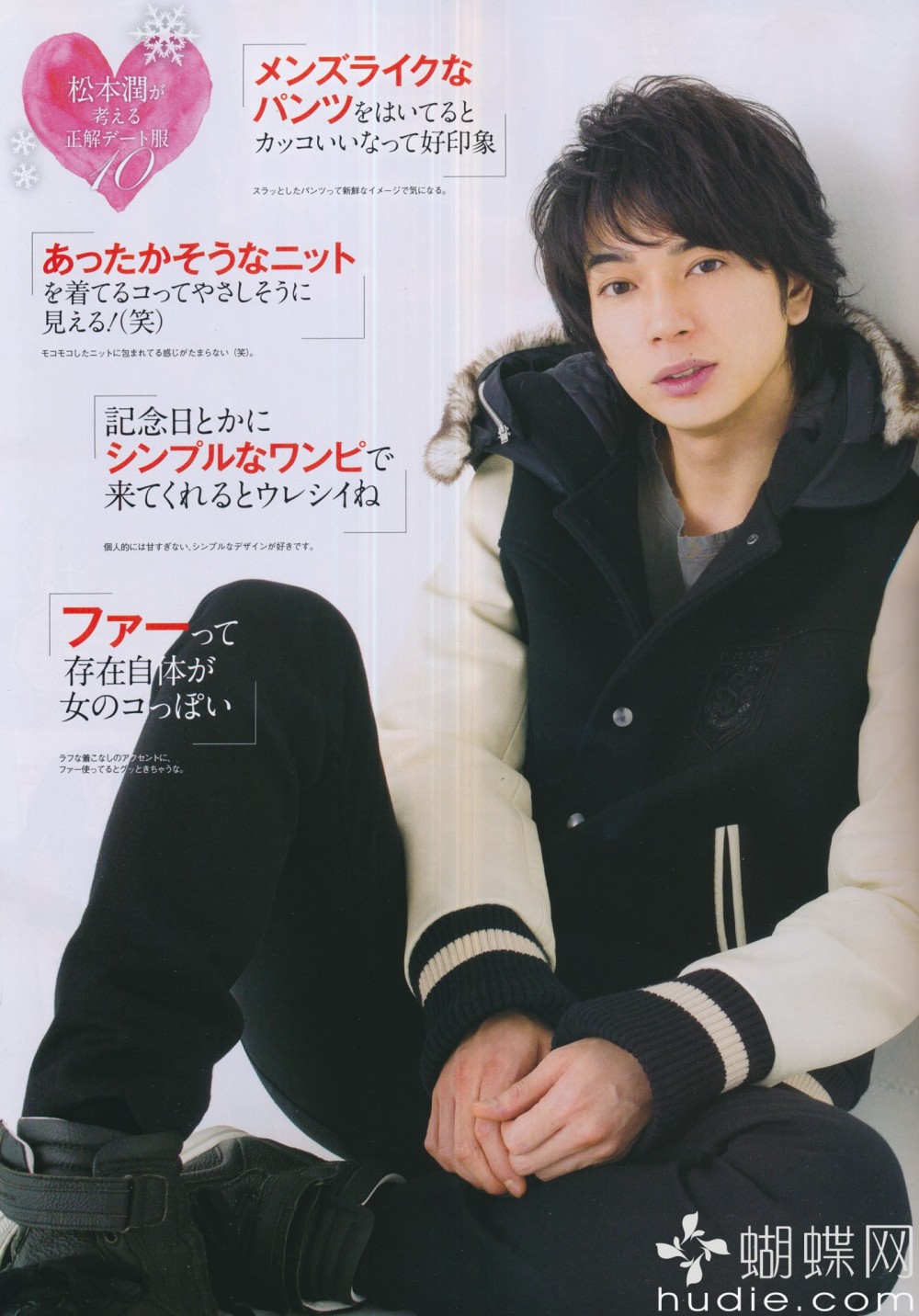 How can someone be so effin’ good looking? I almost hyper-ventilated when I saw this cover in one of the sites I frequently visit for Japanese fashion magazines. Unfortunately, the link indicated in the site was not working perfectly so had to scour the net just to find this issue. Fortunately, I was able to find this site featuring a chock-ful of Japanese and Korean fashion magazines. Credit goes to li8htnin8.blogspot.com for the scans.

MatsuJun looked more mature nowadys, compared when I first saw him in Gokusen. And it’s been quite a while since I watched a drama featuring MatsuJun. The last one was Smile where he played Hayakawa Bito, a haffu who managed to be optimistic with everything in spite the bad experiences and misfortunes that came his way. This drama drained the life out of me–as I cannot help but shed copious amount of tears in every episode. Very ironic, considering the effin’ title was Smile. I finished all episodes, but it felt like I’ve just been through the most draining emotional experience of my life, and fortunately, I emerged unscathed.

Smile proved that MatsuJun can act, and not be just some cutesy Japanese idol, boy-group extraordinaire. A pretty immense talent to match the perfectly awesome face.