Still not caught in the Glee bandwagon?
“Gleeks” still a foreign word to you?
Don’t feel the need to belt out like you’re in a show choir when you hear “Don’t Stop Believing?”
No idea who Sunshine Corazon is?

I hope this will change your mind: 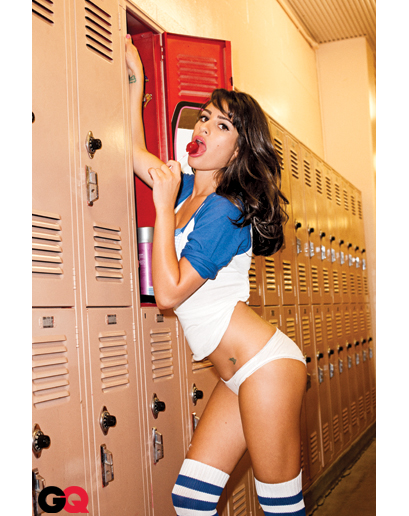 These break-out stars were featured in the November issue of GQ magazine, with a story from Alex Pappademas, with photos taken by renowned photographer Terry Richardson.

Well, I don’t really care about the raging debate–seeing these actors did the photo shoot as themselves not as Quinn Fabrey, Finn Hudson and Rachelle Berry. And I sure hope that the kid watching Glee wouldn’t be so stupid to “over-sexualize” themselves just because their favorite gleeks are doing it. And for the love of God, let’s have more faith on our young people shall we?

Anyway, is it just me or Lea Michelle looks like she’s trying to hard to look sexy?

2 Replies to “Oh, here’s something to make you a GLEE convert”